This post provides a free self-guided tour of Milan which covers the Duomo and its surrounding neighbourhood.

We’ll also include information about other free tours, including audio tours you may want to consider. 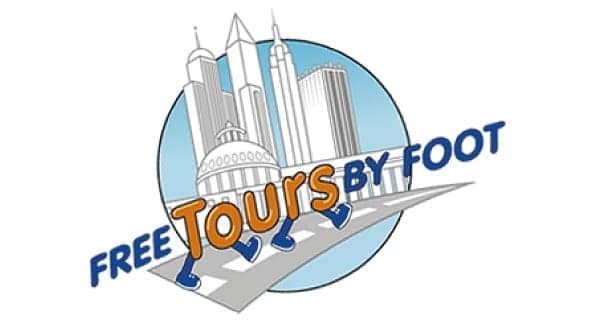 These free walking tours cover the most notable landmarks in the city, providing details about the history of each location you’ll visit along the way.

A majority of free historic tours take place in the city centre, which is one of the oldest parts of town. Here are some of the sites you can expect to see on these free walking tours:

These outings are pay-what-you-wish, which means you can decide how much you want to tip your guide after the tour is over. Most people tip €5-€10 for the experience.

If you’re more interested in hearing the stories of past generations and some of the legends and myths which have persisted throughout the ages in Milan, this free walking tour covers a lot of notable tales.

Since most of the legends of this city are related to its past, it shouldn’t be too surprising that the Legends & Myths tours also stay near the city centre and the oldest parts of town. Here are a few of the more notable landmarks you’ll most likely visit on these tours:

A free walking tour is pay-what-you-wish, meaning you get to decide what the experience is worth at the end of your journey.

A majority of tourists tip around €5-€10 to their guides.

Milan is widely considered by many to be the fashion capital of the world, and it’s not hard to see why when there are so many high fashion clothing stores in the city. 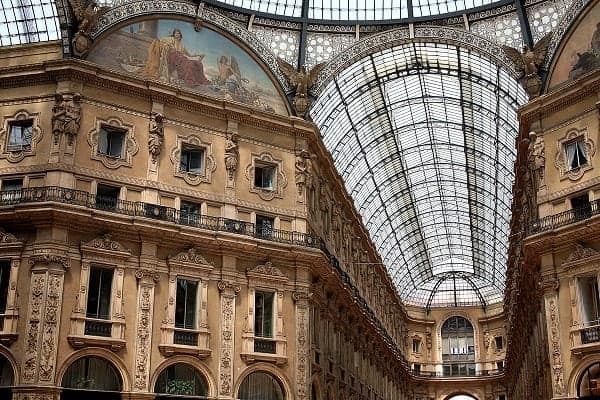 The Fashion & Shopping tour focuses on the greatest locations to shop for and see the latest fashions in the city, including sites such as the following:

This is a pay-what-you-wish walking tour, so you can tip your guide whatever you feel the service was worth.

In addition to all the free guided walking tours of Milan, there is also at least one audio tour you may want to consider. Rick Steves currently provides a free audio tour that covers Duomo di Milano and the city center, and it actually goes into more detail than our own self-guided outing in the same area.

If you’re looking for more information about

these sites and you have both a smartphone and headphones you can use to take an audio tour, this is an excellent alternative to some of the other options and it won’t cost a thing!

This free tour covers the most important details about the Duomo, including its exterior, interior, and more.

We’ll also include information about the surrounding neighbourhood and all of its notable sites. Named after the Milan Cathedral which dominates the square, this piazza is also widely considered to be the center of the city in both geographic and cultural terms.

The square itself is roughly 17,000 m² in size, and it offers excellent views of the most important structures in the entire city. Piazza del Duomo was originally constructed in the 14th century, but it has been developing and changing for six centuries since then, and much of its current form is based on the architectural design of Guiseppe Mengoni.

Mengoni also designed most of the buildings lining the piazza, with the notable exceptions of both the Duomo and the Royal Palace.

Originally known as the Broletto Vecchio, a palace has stood in this location since before the 10th century. Its function was initially as the first documented seat of the Municipality of Milan.

In 1251, the municipal office was moved to Palazzo della Ragione and the palace which stood here was demolished and rebuilt in its current form as Palazzo Reale. Under the French rule of Louis XII, the courthouse was moved here during the 16th century. In 1546, the Royal Palace would become home to the Milanese governor.

After Napoleon conquered Milan in 1796, the palace was renamed Palazzo Nazionale.

However, this would only last around 20 years, as the palace returned to Austrian hands after the fall of Napoleon in 1814.

Today, the Royal Palace is considered the cultural center of Milan, and there are sometimes excellent exhibitions hosted here with notable past examples including the works of artists such as Claude Monet and Pablo Picasso.

Also known as Duomo di Milano, construction on this historic church began in 1386, but it wasn’t fully completed until 1965.

Due to its six century build, the cathedral has had a total of 78 different architects and engineers.

Built in the Gothic architectural style, this is the largest church in all of Italy, even larger than St. Peter’s Basilica.

It’s also the second biggest cathedral in Europe and the fourth largest in the entire world! To give you a sense of how big it is, Milan Cathedral is capable of holding 40,000 people, which is on par with most major stadiums in the world today.

Milan Cathedral was built using brick with Candoglia marble. One of its most notable features is the 135 spires that top the roof.

One of the spires features a gold statue of the Madonna, while a statue of Napoleon sits atop another spire.

The Duomo is the seat of the Archbishop of Milan and is the most important religious structure in the city.

There are several notable things to see inside the Duomo di Milano, including at least one important work of art.

The statue of Saint Bartholomew Flayed by Marco d’Agrate is a grizzly but impressive piece that is relatively hard to miss. There are also three altars designed by Pellegrino Pellegrini, one of which features Federico Zuccari’s Visit of St. Peter to St. Agatha jailed.

In the dome of the apse there is a small red light bulb which is said to mark the spot where one of the nails from the crucifixion of Jesus Christ was placed.

This nail is exposed to the public once a year during the Rite of the Nivola.

In addition to these attractions, you can also visit the roof for a small fee to get one of the best views in the entire city!

The roof of Duomo di Milano offers excellent views of the city, but you will require a ticket to either use the stairs or the lift to reach the rooftops.

The price for stair access is €10 while using the lift will cost €14 for regular admission and €23 for fast-track access.

Children’s ticket prices are approximately half the cost of general admission, and kids under 6 can enjoy this activity for free. Alternatively, there are also combo tickets which include access to the Duomo Museum, the archaeological area, special exhibitions, and more.

On the rooftop, you’ll get a closer look at the spires, and you’ll have an opportunity to see several gargoyles up close as well.

This is also an excellent location to take more than a few photographs, as the carefully carved architecture and spires create some of the best framings in the entire city.

Designed by Guiseppe Mengoni, who also created the Piazza del Duomo, this structure is the oldest active shopping mall in all of Italy.

The Galleria was named after the first king of Italy, Victor Emmanuel II. The structure is approximately four stories tall, and it features two glass vaulted arcades that intersect in the middle. The street which is covered by the Galleria connects Piazza del Duomo to Piazza della Scala.

There is a glass dome at the center of the structure which connects the two arcades.

And if you walk to this spot, you’ll find four mosaics on the ground beneath the dome which represent the coat of arms of the three capitals of Italy (Turin, Florence, Rome) and of course Milan.

Although the Galleria mostly houses luxury retailers today, it’s still worth taking a walk through the mall just to do some window shopping and enjoy the architecture on display.

Built in the late 19th century, this is one of the more recently developed public squares in the city, but it’s still surrounded by some of the most notable historic sites in Milan.

At the center of the square, you’ll find a monument of Leonardo da Vinci which was crafted in 1872 by the sculptor Pietro Magni. Piazza della Scala is named after the Teatro alla Scalla opera house on the Northwestern side of the square, which is of course the next stop on our tour.

The Palazzo Marino is located on the Southeast end of the square, and it currently serves as the city hall of Milan, which makes it a pretty important building.

To the Northeast, you’ll find the Palazzo della Banca Commerciale Italiana, and it still serves as the seat of the BCI Bank which has since merged with Banca Intesa.

Also known simply as La Scala, this opera house first opened in 1778, and it’s a fairly prestigious venue that is known for hosting Italy’s finest operatic artists and singers.

La Scala is also regarded as one of the most important opera and ballet theatres in the world.

To put it bluntly, if you can claim to have performed here, then you’ve definitely made it! In addition to hosting some of the most notable operatic and ballet performances in the world, this building is now also home to a museum.

The Museo Teatrale alla Scala has a nice collection of costumes used in former performances, drafts of operas, paintings, statues and other items related to the history of the opera house.

Tickets are timed and prices start at €9.75 for general admission and €6.75 for seniors and students. Admission includes 6 audio guide tours, so it’s definitely worth the cost!

Although there is a gallery above the boxes called the loggione which offers more affordable admission to the shows, these tickets often sell out fast.

Join our free FTBF travel community! As a thank you, you'll receive our free itinerary planner.