The Weather in London in April

This post is a summary of the London weather in April, including average temperatures and rainfall, with tips on what to pack and things to do.

Daylight hours continue to increase rapidly this month gaining almost 2 extra hours between the 1st and the 30th.

Daytime high temperatures tend to be about 12 C (in mid-50s F) early in April.

Late night and early mornings tend to remain cool early in April, averaging near 4-5C (40F) with a few colder mornings dipping to near 32F (0C).

HOW MUCH RAIN IN LONDON IN APRIL?

About 13-14 days will have either sunny or at least partly sunny skies while 18-19 days will record some rainfall with one of these days reporting snow. 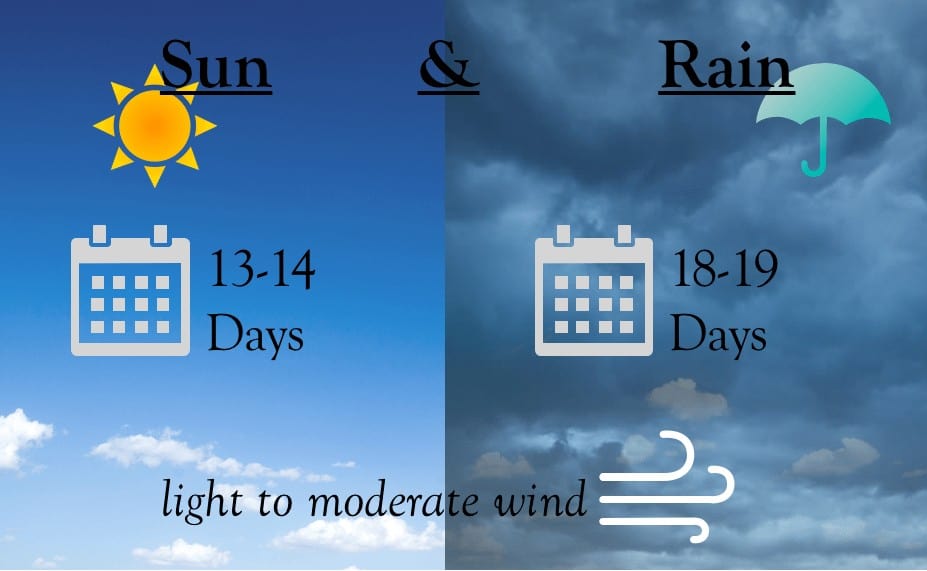 WHAT TO WEAR IN APRIL

April is changeable so it is best to bring rain gear and a warm coat or jacket for those cooler mornings and evenings.

Also bring some lighter springtime attire for those warmer afternoons, especially if you're visiting later in the month.

A pair or two of good walking shoes are also a must so you can enjoy all of our walking tours!

WHAT TO DO AND SEE IN APRIL IN LONDON

And if you are planning on visiting many of London’s top attractions, then you should consider a tourist discount pass as you could save up to 50% of retail ticket prices to tours, attractions, and restaurants.