Who Was Catherine Eddowes? Catherine, sometimes known as Kate Conway or Kate Kelly after her two common-law husbands, was born in April 1842.

Her parents had 12 children while living in Wolverhampton and the family moved to London a year after her birth.

Catherine’s early life isn’t clear but at some point, her parents died and she ended up in Birmingham where she took up with an ex-soldier, Thomas Conway.

They moved to London and Catherine gave birth to their three children.

However, by 1880 she had taken to drink and she left her family.

How Did She End Up in Whitechapel?

In 1881, Catherine moved into Cooney’s Lodging House on Flower and Dean Street where she met her next partner, John Kelly.

While staying at the Lodging house, Catherine was described by the deputy there, Frederick Wilkinson, as “not often in drink and was a very jolly woman, often singing.” Frederick also said she was not in the habit of walking the streets and he had never seen her being intimate with any other man than Kelly.

Kelly also claimed that Catherine did not walk the streets.

It’s understandable that Catherine’s friends and family wouldn’t wish to speak ill of her after she died.

However, it is most likely the case that she did engage in casual prostitution from time to time - just like Annie Chapman had done.

How Did She Die?

At 8:00 pm on the night of September 30th, Catherine was found by PC Louis Robinson drunk and lying in a heap on the pavement with a crowd surrounding her.

When asked, nobody in the crowd answered that they knew her, and realising her precarious state, Robinson took Catherine to the police station to sleep it off. By 12:15, Catherine was awake and singing in her cell. By half-past, she had called out to ask when she would be released.

The officer on duty told her she could leave when she was capable of taking care of herself, to which she replied that he was. At 12:55 she was deemed sober enough and she was released.

On leaving the station, she turned left out of the doorway - the opposite direction to the fastest route back to the lodging house.

It is assumed she was heading back to Aldgate, where she was picked up, perhaps to earn some money. At 1:35 am she was spotted by two men leaving the Imperial Club on Duke Street.

She was at the corner of Duke’s Place and Church Passage, at the entrance to Mitre Square, talking to a man who was described as 5ft 7in tall, fair complexion, with a moustache and medium build.

The men describe him as giving the “appearance of a sailor.” Catherine’s hand was on his chest, but not in a way like she was resisting him. Her throat had been slashed and her abdomen had been torn open.

Her intestines were thrown over her shoulder, and a piece of about two feet had been severed and deliberately placed near the crook of her arm.

Her right ear had been cut through, and her throat slashed.

She also suffered terrible facial mutilation - her lower left eyelid had been cut through, and there was a slash on her face from her eye to her nose, which had nearly been severed.

The cut to the bone of her nose nearly split her lower face in two and the tip had been removed. Her mouth had been slashed and pieces of her cheek had been cut and peeled.

Within her torn abdomen, her liver had been deliberately stabbed, and the cut from her stomach went down to her pelvis and her left kidney and womb had been “carefully taken out and removed.”

The condition of Catherine’s body was a shocking discovery.

But the slashing of her throat, the cut in the abdomen, and the mutilation of her internal organs all matched with the horrific killings of Mary Ann Nichols and Annie Chapman.

It would later be discovered that on that night Elizabeth Stride had her throat slashed as well. The police were in no doubt that this crime was committed by the same person. In explaining the severe damage done to her body, Police theorised that the killer had been interrupted during his killing of Elizabeth Stride, preventing him from mutilating her body as he had done to his two other victims.

On leaving the scene of that slaying, the killer walked mere blocks away, ready to finish what he had started.

He then met Catherine Eddowes and took out all his sick frustrations on her, inflicting upon her the gruesome acts he had been unable to take out on Liz Stride.

These two linked murders would become known as “The Double Event.”

Where Did Catherine Die?

Catherine was murdered in Mitre Square, just near St. Botolph-Without-Aldgate Church. At the time, it was a dark square with three ways in/out.

Today there are still three ways to get in and out but all the original buildings are long gone.

However, the spot her body was found is still identifiable today, based on older police photos so the exact spot of her death can still be identified. To learn more about Annie’s tragic death and the street where it happened, consider joining our Jack the Ripper walking tour, or download our GPS-enabled Audio Guide. LINKS HERE.

At about 3:00 am on the night of Catherine’s murder, a blood-stained fragment of her apron was found on nearby Goulston Street.

Above it on the wall was a message that read, “The Juwes are the men that Will not be Blamed for nothing.”

This message may or may not have had any connection to the murder but it was immediately washed away by a Police Commissioner who was afraid it would spark anti-Jewish riots.

This also led to some investigators believing the killer lived in this area and had headed home after the murder.

On the 16th of October 1888, a parcel containing half a human kidney was sent to local police. The letter accompanying the kidney stated that the writer, the killer himself, had eaten the other half.

It was believed by investigators that this kidney was that of Catherine Eddowes, although modern-day experts are not entirely sure. At the time, however, it was treated as such.

The successful removal of Catherine’s organs in the dark, within the space of 15 minutes (the time between the walk-throughs PC Watkins was making through the Square) led investigators to believe that the killer had advanced medical knowledge.

At the time, the guess was that the killer was either a surgeon or worked with animal butchery in some way.

This led to the spotlight being turned on medical professionals - an unexpected turn in a case that had so far been attributed to low-class immigrants such as Aaron Kosminski...

Who Was Jack the Ripper?

At first, the killer was known as the “Whitechapel Murderer” and “Leather Apron” until a taunting letter arrived at a police station, in which the writer claimed to be the killer who signed his note with the name “Jack the Ripper.” 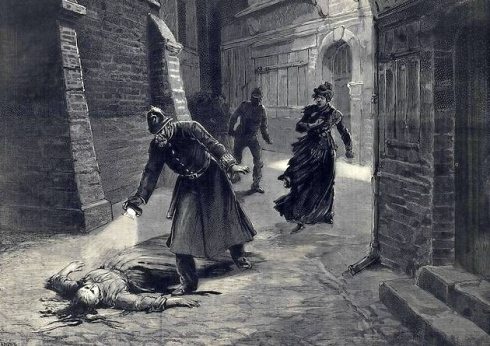 The victims of Jack the Ripper are all linked together by the following:

No witness has ever come forward with a clear, verifiable description of the killer.

With the killings taking place during the fledgling years of police crime scene investigation, much evidence has been contaminated or lost, meaning the exact identity of the killer is unlikely to ever be known.

Read our full post examing who was Jack the Ripper.

Before Mary Ann Nichols was killed at the end of August 1888 there had already been a large number of attacks against women in the East End area.

There are 11 separate murders that had been documented as part of the “Whitechapel Murders.” They are identified as such by the deep throat slashes, abdominal and genital mutilation, and the progressive facial mutilations of the victims as the modus operandi of Jack the Ripper.

The victims in order of their murder are:

Read our full post examining who were the Canonical 5.

If you would like to learn more about Jack the Ripper, consider taking one of our regularly scheduled walking tours of the Whitechapel area.

On our Jack the Ripper Tour you will visit crime scenes, learn about the women who were brutally and tragically killed, her descriptions of the acts committed by the culprit, and walk in the footsteps of the world’s most famous serial killer.