How to get to Abbey Road Crossing in London

This post describes how to reach the Abbey Road Crossing in London, also known as the Beatles Crosswalk. Located in the north London neighbourhood of St. John’s Wood, it is easily accessible by the London Underground. We also list several guided tours that visit the crossing.

This section will provide information on the best times to visit Abbey Road, what to expect and how to get there.

No matter how or when you choose to visit, remember that this is still an active road and you should be careful while crossing the street.

Visiting Abbey Road is #2 on our top 10 list of free things to do in London.

How to Get to Abbey Road Crossing in London

The nearest Underground Station to Abbey Road is St. John’s Wood. There is only one exit at this station.

When you exit the station, you will be on the northeast corner of Finchley Road and Grove End Road. Head west on Grove End Road for approximately 500 meters and make a right turn onto Abbey Road.

The Studios – and the crossing – are right there.

Use this Google Map for directions to the Abbey Road crosswalk.  You could also take the 139 and 189 buses.  There are also daily guided bus tours that stop at the Abbey Road Crosswalk. Since Abbey Road is a public road, you can come pretty much any time you want, but some days/times will be better than others.

Due to the fact that this is a public road, you can expect more traffic than usual on days when people are trying to get to and from work.

According to some tourists, the best time to come is actually on weekends in the morning. Most people sleep in on Saturday and Sunday, allowing you to avoid as much traffic as possible between the hours of 7 am – 9 am on those days.

No matter when you decide to come, you must be very careful while attempting to take photos or get a good look at Abbey Road.

This public road is still in use, so you must follow traffic laws and be very careful while either walking across the street or taking photos.

Check our best times to visit section for details on the safest and least busy times for this landmark. 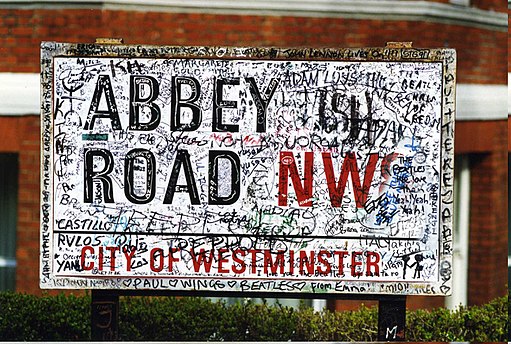 Most drivers in the area will be used to stopping for tourists, but you should always keep them in mind while entering the crosswalk.

Your best bet will be to take in the view from the curb and cross the road to get the full experience. Do not stop for too long in the middle of the street just to get the perfect picture.

Although this is a historic site, chances are that you won’t spend more than 10-15 minutes while you’re here.

If you choose to come at a popular time, you might need to set aside a few more minutes both for traffic to pass and for other Beatles fans to cross the road. 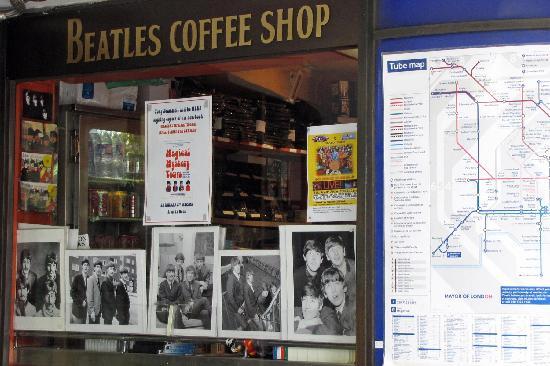 This photo of Abbey Road is courtesy of TripAdvisor

If you choose to get here by using the tube, you might want to stop by the cafe/gift shop.

This location not only sells coffee, but it also sells a lot of Beatles memorabilia and merchandise – some which actually says “I Crossed Abbey Road.”

Today, the music studio where the Beatles recorded that album is synonymous with not just the Beatles themselves, but with multiple music legends that have recorded at the Abbey Road Studios, owned by EMI and based at No. 3 Abbey Road.

Below is a Google virtual tour of the studios.

The list of those who have recorded there is quite extensive, so here is a small list of some of the better-known names who have graced the Studios over the years: Michael Jackson, Pink Floyd, James Blunt, Queen, Lady Gaga, Miley Cyrus, U2, Stevie Wonder, Ella Fitzgerald, Mary J. Blige, Duran Duran, Oasis, Kylie Minogue, and Green Day.

You can tour Abbey Road Studios virtually with Google.

The zebra crossing at Abbey Road is watched by 24-hour cameras which live-stream their feed on this website: Live Feed.

Google has also produced a virtual tour of the crosswalk and Apple Studios.

TIP: If you are a big-time Beatles fan, you might be interested in the Beatles Walking Tour.  Beatles fans who have the London Pass get a free goodies bag with any £5 or more purchase at the Beatles Store.

Originally, Abbey Road was simply another thoroughfare through Northwest London and was primarily used by visitors heading toward Lord’s Cricket Ground.

But in 1969, Abbey Road was changed forever when a photograph of the Beatles crossing the road (since it just so happened to be outside the studio where the album was recorded) was used as the cover for their album of the same name.

The crossing depicted on the album cover is what’s known as a zebra crossing – a pedestrian crossing known by its’ distinguishing pattern of dark and light stripes on the road that typically gives rights of way to pedestrians over traffic (making it easier for those who want to recreate the fab-four album cover!).

The crossing here became so well known and such a tourist hot-spot that in 2010 the stretch of Abbey Road here was given Grade II Listed Building status by English Heritage. This means the zebra crossing here now has legal protection as a site of historical importance and cannot be torn apart.

Unusually, the zebra crossing is repainted every three months to keep it in good shape for the millions of photographs that are taken here every year!

The road sign for Abbey Road was traditionally positioned at the usual height and location – within the public’s grasp. This meant that the sign was repeatedly defaced and removed throughout the decades. Today the sign is deliberately positioned higher than normal to prevent this.

However, the front gate that surrounds the Abbey Road studios is still covered in graffiti left by visitors from around the world, looking to leave a footprint of their visit to this world-known recording location.

There are several ways to see sites in London associated with the Beatles.  Here are three ways: