13 Foods You Must Eat in New Orleans

This post is an introduction to 13 New Orleans foods that you must try, including an explanation of the differences between Creole and Cajun cooking as well as the city's famous cocktails.

Or, join us for our pay-what-you-like food tour of the French Quarter. THE DIFFERENCE BETWEEN CAJUN AND CREOLE

Before we get started listing the foods you need to eat, you need to know some of the differences between the terms Cajun and Creole.

You will see these terms attached to dishes throughout the city and an understanding of these terms helps to understand the evolution of New Orleans cooking.

For a brief summary, you can watch the video below or take a quick read on this post.

Below, we list the top 13 foods that you need to try when you are in New Orleans, and they are gumbo, po-boys, jambalaya, red beans and rice, étouffée, muffulettas, oysters, turtle soup, beignets, chicory coffee, bananas foster, pralines and king cakes.

We provide short summaries and videos for all or most of the items, as well as links for further exploration to find the best places that serve each item.

Gumbo is found on both Cajun and Creole tables in and around New Orleans. Originating from the African word for Okra, gumbo began as a boiled or stewed okra dish with rice.

Today gumbo most likely contains a Roux, a flour and fat mixture found in many French dishes, and loaded with chicken and fowl, sausage, seafood, and seasoned with salt and spices.

You can find many versions of gumbo throughout New Orleans, but you’ll never find a tomato in a Cajun gumbo. Cajuns don’t cook with tomatoes, Creoles do.

We list 10 of the top places in New Orleans to eat gumbo.

Originally a charitable gesture to feed streetcar workers on strike, the Po’Boy has evolved into New Orlean’s most famous sandwich.

Served on crusty New Orleans style french bread and dressed with lettuce, tomato, and mayonnaise, these loaf sandwiches are overflowing with fresh gulf seafood, smoked pork, meatballs, and pretty much anything the chef can dream up.

Today, the span of po’boy fillings available has reached far beyond the traditional and reflects the multi-cultural flavor of the city. Po’boys can be quite large, which makes them a great food for sharing.

Check out this list of the best places to eat a po-boy.

Jambalaya is a rice and pork, or a rice and seafood dish, eaten by both Cajuns and Creoles in and around New Orleans.

Rice and pork are cooked together in onion, celery, pepper, herbs, and spices. Cajun versions of Jambalaya are made with roux while Creole versions are made with tomato.

Which group was the first to make the dish is unclear, but some compare jambalaya to Spanish paella, suggesting that at least some version of the dish developed during the Spanish period of New Orleans’ history.

Toda jambalaya typically includes chicken and pork or pork sausage, but it might include wild game such as rabbit or alligator, and fresh gulf seafood.

Nothing says Monday in New Orleans like Red Beans and Rice.

This slow-cooked dish combining pork, kidney beans, rice, and spices is a legacy of the African and Caribbean arrivals to the city.

The dish was traditionally made on Mondays, laundry day. Doing laundry was a labor-intensive task that took the better part of the day to complete.

Cooks could throw together rice, beans, ham or sausage, into the pot with Trinity (a Louisiana mirepoix) herbs and spices in the morning.

The beans and rice would be ready as the laundry was complete, just in time for supper with no additional labor needed.

Today Red Beans and Rice are still eaten across the city of New Orleans, in homes and in restaurants, on Monday. Here's an article on the best places to get the dish.

Étouffée means “smothered”, and it describes a dish that combines seafood, usually crawfish, but sometimes shrimp, crab, and even alligator, with roux and butter; and  onions, green peppers, and celery (the Trinity of Cajun and Creole cooking) into a rich, seafood-filled gravy that is served over rice.

Étouffée was first sold commercially in Breaux Bridge, LA in the early 1920s and quickly spread to restaurant menus across South Louisiana.

But, it is likely that some version of the dish was being prepared in Cajun kitchens long before then.

Crawfish was and remains a major ingredient in Cajun cuisine. When this dish is prepared in New Orleans, the traditional Roux is often eliminated and tomato, tomato paste, or even cream are often substituted.

Cajun versions of the dish will almost always contain a Roux.

Here's a list of some great places to get étouffée. 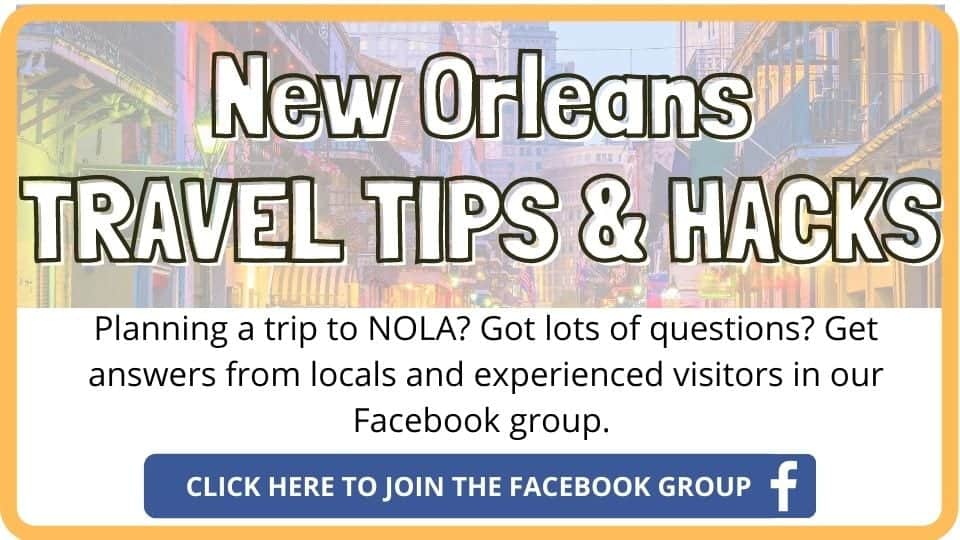 Salvador Lupo is largely credited with selling New Orleans' first muffuletta when he combined the bread, meats, cheeses, and olives that Italian dockworkers would often request.

Rather than have the workers take up his counter space with their deli spread, Salvador gave the men a sandwich, something easy to carry out that would last them long into the day.

Muffuletta typically comes in a whole or half size. A whole muffuletta will feed 4 people with an average appetite making it a great option for sharing.

Here is a list of the top 12 places to get this tasty sandwich.

Today, oysters are one of Louisiana’s major seafood exports.

You can find oysters prepared in a number of delicious forms in New Orleans, from raw to fried to covered and baked to chargrilled.

Boasting some of the fattest, saltiest oysters available, Louisianian’s love their oysters raw, giving rise to the famous local saying, “Eat Oysters, Love Longer”, playing on the old notion that oysters are an aphrodisiac.

Antoine’s Restaurant, New Orleans’s oldest, invented the now world-famous Oysters Rockefeller in 1889. The original isn’t what you think it is though.

Antoine’s refused to share their recipe, forcing restaurant owners across the country to guess at the ingredients. This gave rise to the spinach heavy dish we associate with Oysters Rockefeller today.

However, Antoine’s recipe does not include spinach!

Introduced by Drago Cvitanovich in his restaurant Drago’s, chargrilled oysters are oysters covered in butter, garlic, parmesan or romano cheese, and breadcrumbs, then cooked open-faced over a live flame.

The swamp gives rise to some of Creole cuisine’s more unusual ingredients. Turtle Soup, an old staple of Creole tables, can still be found today.

Creole Turtle Soup is rich, silky, and robust, garnished with hard-boiled egg and a drizzle of dry sherry, contrasting with the clear broth variety offered in other parts of the world.

In the old days, any eggs inside the turtle were incorporated into the recipe, giving rise to the use of boiled egg as an accompaniment or garnish for the dish.

Many restaurants still use real turtle in their  recipes while some offer a combination of turtle and veal or alligator; some foregoing the turtle altogether for more accessible ingredients.

How to tell the difference? Turtle meat shreds when cooked, so if your soup has meaty or ground chunks, you’re probably enjoying a Mock Turtle Soup version.

All turtles used for culinary purposes must be farmed; catching turtles in the wild is illegal in the state.

Beignet is the French word for “fritter”. Cafe Du Monde began serving these square, powered sugar-laden donuts to the city of New Orleans in 1862.

Made with a yeast dough, rolled to the perfect thickness, and cut into squares, New Orleans beignets fry up golden brown on the outside, while the inside is light and airy.

Cafe Du Monde serves the standard treat 24 hours per day, seven days per week, closing only for Christmas and the occasional hurricane.

Restaurants will often offer savory stuffed beignets that may be garnished with powdered sugar, but may also be accompanied by jellies and sauces meant to highlight the stuffing flavor.

Premium beignets, beignets stuffed with all manner of sweet treats from lemon curd to pralines, can also found in the French Market and other locations in the city.

Read our post on where to find the best beignets.

Coffee has a long tradition in New Orleans. The port of New Orleans became a major distribution center for the Central and South American coffee trade.

As a result, New Orleans has served as a source for not only importing coffee but roasting and grinding as well.

The people of New Orleans have long enjoyed French-style cafe au lait, and coffee shops have been a staple of the French Quarter since the Nineteenth century.

Chicory, the ground root of the Belgian endive, was frequently served as a coffee substitute and was blended into the coffee before brewing.

New Orleanians have retained their taste for chicory coffee, and the is New Orleans Style coffee, cafe, and chicory with warmed or steamed milk is still a featured offering at the famous Cafe du Monde.

They have been serving coffee with chicory since 1862.

Bananas Foster was invented at the famous Brennan’s Restaurant in 1951.

Hoping to offer an exciting dessert and help a fruit vending relative with an excess of bananas, Brennan’s chef Paul Blangé and manager Ella Brennan, created the dish.

The dish was named for Richard Foster, a frequent patron of the restaurant.

Bananas are sautéed in sugar, rum, and liquor, and flambeed tableside. The warm banana topping is served over cold vanilla ice cream.

Pralines are just one of the ways New Orleanians celebrate their love of sugar.

Resembling fudge and containing pecans, the New Orleans praline has evolved from the sugar-coated almond which first took the name in France.

In 17th Century France, a French noble named Praslin, a very successful Casanova was said to have been seeking a way to pacify and distract his many girlfriends, leading his chef to invent the praline!

Pralines made their way to Louisiana with the Ursuline nuns, who trained young French women in domestic responsibilities, including how to make pralines.

Without any almond trees to be found, locals to the Louisiana territory began substituting the much available pecan.

And if you are visiting New Orleans, pralines make for 1 of 12 great souvenirs to take home.

In New Orleans, King cakes are sweet circular treats covered in colorful icing. The current incarnation of the King cake seems to have evolved in both Spain and France.

During the Middle Ages, it came to be associated with Epiphany. Cakes were sometimes distributed to peasants by the lord of a manor.

Today, cakes are baked with a trinket inside, usually, a plastic baby said to represent the Christ child.

The person that gets the slice with the baby inside must bring the cake next year. King Cakes are synonymous with Mardi Gras season.