The Best Free Concerts in Central Park at SummerStage

This post is about SummerStage, a series of free concerts held in Central Park every summer, and is updated for 2021.

We include information about how to attend a show, a list of who is performing, and other free music options throughout NYC.

Every summer since 1986, a series of free concerts called SummerStage has been held in Central Park.

Though most of the shows are in Central Park, there are also concerts scheduled in over 15 additional parks throughout the 5 boroughs.

The SummerStage line-up is diverse and includes everything from afro-punk, Latin jazz, soul, hip-hop, avant-garde, and good old rock and roll.

A few shows require paid tickets, but those are benefit shows to raise money to keep the rest of the concerts free.

If you are heading to a show, why not make time beforehand to explore Central Park?

Consider joining us on one of our pay-what-you-wish tours. We also have a GPS-led Audio Tour of Central Park which you can take any time. 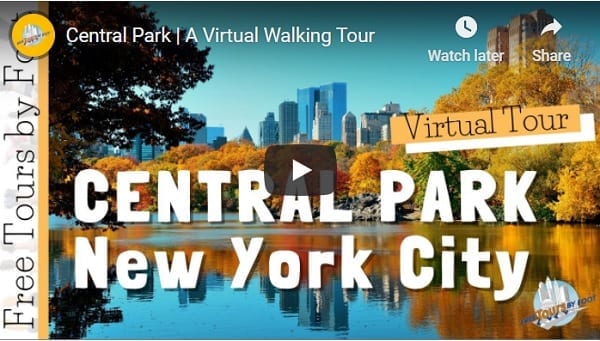 The stage is located in Central Park at Rumsey Playfield near 5th Avenue and 72nd Street. 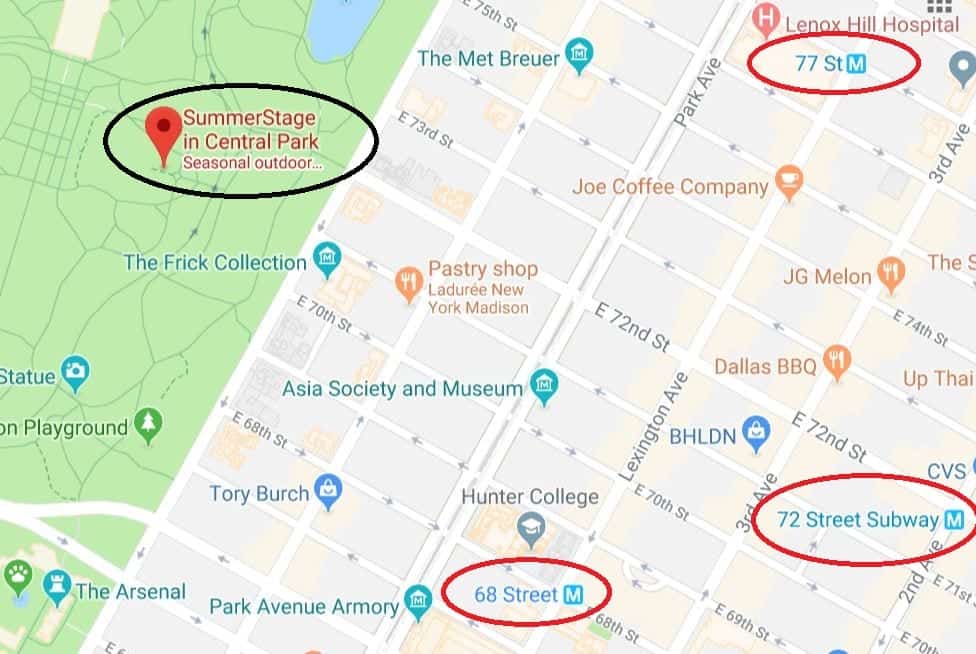 How To Get There

The easiest way to get there is to take the subway.  Take the 6 train to “68th St-Hunter College” station and enter the park at Fifth Ave and 72nd St.

You can use this Google Maps link to get exact directions from your point of departure to Summerstage.

To learn more about using the subway check our guides

No tickets are necessary if it is a free show. Admission is given on a first-come, first-served basis, so entry is not guaranteed.

Benefit shows require a ticket. These shows cost around $50-65.

Some extra spectacular with multiple top performers, shows may cost $100 and up.

When Should I Arrive?

Items Not Allowed in Concerts Your bags will be searched on entry. You cannot bring:

TIP: If you have large bags, a bicycle, luggage, or anything else you cant bring into the concert, you can find inexpensive hourly storage in the area.

See our post about where to store luggage and more in NYC.

All shows are free unless ticket prices are listed.

Not only are there shows in Central Park, but also in Harlem at Marcus Garvey Park and at Coney Island in Brooklyn!

Many of these performers have played SummerStage year after year since its inception. Our recommendations are in italics.

Our Guide to Harlem might come in handy if you attend one of these shows.

Check out our Self-Guided Tour of Coney Island. It's worth a visit even if you don't go to see a show.

See the SummerStage website for exact times and other details.

If you can't make the live shows, many of the 2021 SummerStage shows will be live-streamed via SummerStage Anywhere.

Look at our guide to Summer in NYC and our monthly posts:

Also, see our post on hundreds of free things to do in New York.

Courtney is a lifelong New Yorker fascinated with the city’s history, culture and cuisine. She loves exploring the world, as well as sharing her travel expertise with others. She joined the Free Tours by Foot team in 2011, first as a guide and then as a writer. She has a law degree, a teaching degree and a worn-out passport. Her motto is “Have backpack, will travel”.
Updated: October 11th, 2021