Cheap Tickets for the London Zoo

This post covers how to get cheap London Zoo tickets, including discounts, coupons, and deals.

It will also help you plan your visit to the London Zoo, including when you should go and what to expect.

Ticket prices tend to fluctuate during peak times, such as the summer months, so you should look at their pricing table to double-check.

If you purchase a ticket at the gate, you will pay approximately £3 more.

You can find multiple ways to save money on your visit to the London Zoo!

Tourist discount passes are easy ways to get into most of London’s top-rated and popular attractions for free or at a discount.

For one up-front ticket fee, you’ll get access to bundled discounts all over the city.

In addition to covering the cost of visiting the London Zoo, these passes also provide access to notable landmarks and activities like these:

The London Pass is an all-inclusive attraction discount pass that includes entry the London Zoo.

You can purchase this pass to be active for 1 – 10 days and visit as many attractions as you can that are included in the pass.

The London Zoo is one of the most popular options for this pass.

The Explorer Pass and iVenture Card

The Explorer Pass and iVenture Card both allow you to choose 3, 4, 5, 7, or 10 attractions to visit with one bundled discount, which can save you up to 50% of your total ticket costs.

The London Zoo is one of the attraction options on both of these passes.

If you’re interested in a hop-on-hop-off boat tour of London’s River Thames, you might consider this combination ticket that includes entry to the Zoo and a 24-hour ticket to a Thames Hop-On-Hop-Off tour.

With this combination ticket, you’ll save approximately £3 off of the combined cost if you get the London Zoo’s online ticket price.

TIP: For more ways to save money in the city, check out our post on free things to do in London or take a free walking tour.

The information in this section includes hours, directions, and ways to make your visit a fun one!

How to Get There

TIP: Several routes, such as the Big Bus Tours Orange Route, make stops within easy walking distance of the London Zoo. Take a look at our Hop-On-Hop-Off bus comparison post to see which one will work best for you.

Use this Google link to get directions from your exact location. If you’re taking the Underground, don’t forget to read our tips on mastering the Tube.

The London Zoo is open every day of the year except Christmas day. However, the opening hours depend on the time of year.

We suggest checking their timetables to be certain, as they occasionally close early for special events and galas.

NOTE: Last entry is admitted one hour before closing, and some animal exhibits may close 30 minutes before the park does.

When is the best time to go?

Since the London Zoo is such a popular activity for local families as well as visitors, your best bet for smaller crowds will be while school is in session.

This means weekday mornings are the least busy year-round, but especially from September to May.

Weekends are especially busy, so if you must go on a Saturday or Sunday try to arrive right around the 10:00 am opening time.

How much time will I need to see everything at the Zoo?

Some visitors can make it through the London Zoo in 1 hour, but most people spend 2 – 3 hours walking through the animal exhibits, riding the train, and watching zookeeper talks and demonstrations.

Can I take photographs and videos?

Feel free to take all the non-commercial and non-flash photos and videos you like. 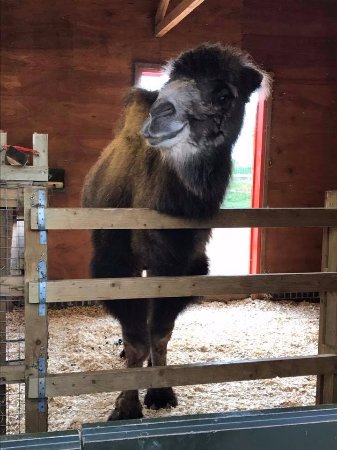 This photo of the London Zoo is courtesy of TripAdvisor

Will children enjoy this attraction?

Yes! Kids of all ages – and even adults – will enjoy the London Zoo.

There are fun and exotic animals in their habitats, a fun train to ride, and talks with the zookeepers at various points throughout the day.

Are there dining options in the Zoo?

Yes – the London Zoo has The Terrace Restaurant which offers full meals such as sandwiches, pizzas, and salads, as well as an Aquarium Kiosk with drinks, pastries, and snacks.

Is there a gift shop?

Yes! There is a gift shop with souvenirs, toys, shirts, and other trinkets.

Can I bring my backpack or pram/stroller?

The London Zoo allows you to bring purses, backpacks, prams (strollers), and picnics. However, all of these will be subject to a search for safety upon entering the park.

If you want to store bags or luggage while visiting, they have a few lockers for hire on the premises which are monitored by CCTV cameras.

However, they only accept coins, do not issue change, and are available on a first-come, first-served basis.

If you want a convenient way to store your bags while enjoying the Zoo, check out some Airbnb-style luggage storage options in London.

Originally, it was created to be used as a collection strictly for scientific study for those belonging to the London Zoological Society.

The zoo was later opened to the general public in 1847.

Within the past decades, huge improvement works and new environments for countless animals have been created an expanded.

This has made the London Zoo one of the largest, most diverse, and most enjoyable zoos in the entire world.

Currently, the London Zoo is home to over 19,000 animals of over 806 different species.

The layout is carefully organized into individual habitats where animals are grouped together in geographically similar environments.

Here are a few of the popular exhibits you can find:

This is a walk-through exhibit that houses several species of rainforest animals such as marmosets and sloths.

Housed here are also a number of nocturnal animals such as bats, scorpions, giant rats, and chinchillas.

Holding animals from the African continent, this area includes a high-level viewing platform to bring guests face-to-face with the giraffes housed here. 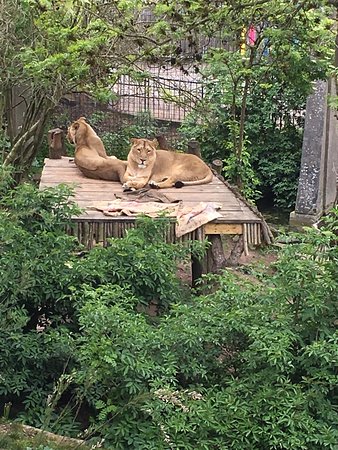 This photo of the London Zoo is courtesy of TripAdvisor

Another interesting animal species included in the Africa exhibits are lions.

Opened within the past few years, in 2007, the Gorilla Kingdom is made up of a large, moated island with an indoor gym for use by the gorillas.

As of today, London Zoo owns four gorillas – one male and three female! Other species of monkeys are housed in the Gorilla Kingdom, as well.

Originally the aquarium at London Zoo was the world’s first public aquarium! 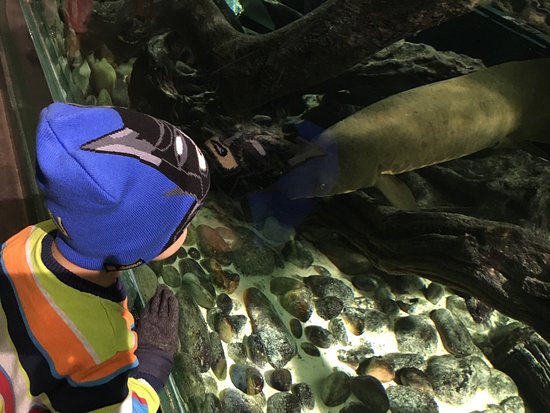 This photo of London Zoo is courtesy of TripAdvisor

In fact, it is believed that the word ‘aquarium’ originated here at London Zoo – having previously been referred to as an “aquatic vivarium.”

A walk-through enclosure that houses a troop of black-capped squirrel monkeys, this exhibit is unique in that there are no boundaries between the visitors and the monkeys themselves.

Standing for Biodiversity Underpinning Global Survival, the B.U.G.S. exhibition holds over 140 species of animal, primarily made up of invertebrates.

Displaying different species of butterfly and moth from throughout the world, there is also a caterpillar hatchery here on public view!

Housing creatures such as snakes, frogs, and crocodiles, the Reptile House is one of the most famous areas of the Zoo – partially thanks to Harry Potter and the Philosopher’s Stone which filmed a scene in the actual reptile house itself!

A part of the zoo designed for children, the exhibit here features a playground and numerous domestic animals such as rabbits and chickens and exotic species such as porcupines and prairie dogs. 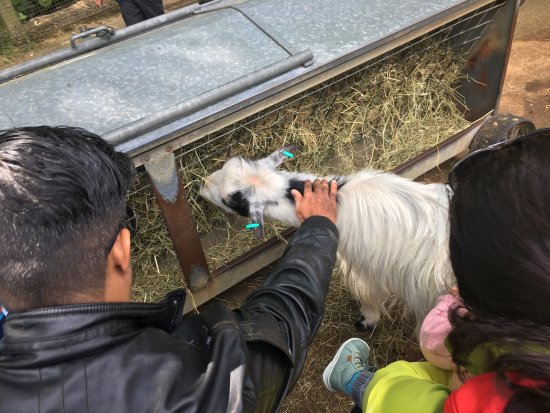 This photo of London Zoo is courtesy of TripAdvisor

Kids can even pet some of the calmer animals such as goats.

Opened by Sir David Attenborough himself, the Komodo dragon enclosure houses two dragons and is designed to resemble their natural habitat: dry riverbeds.

An American simply by accident of birth, Margaret moved to London over 15 years ago and hasn’t looked back since! With a keen interest in History – and a BA degree to match – Margaret prides herself on her knowledge of the amazing city she calls home and she's been guiding here now for nearly a decade. Social history is her real expertise, with sound understanding of the day-to-day lives of Londoners over the past centuries.