This post covers the Gatwick Express, whether you should take it to Victoria Station or not, as well as information on tickets, transfers, and other tips.

Before getting into the pros and cons, here is our general recommendation. It’s not a one size fits all solution, rather a guideline to making a wise choice.

We explain our suggestion in more detail in the sections below.

Assuming that Victoria rail station serves you best, we suggest that you take the Gatwick Express during peak-hours, so any train arriving into Victoria before 09:50 or departing Victoria between 16:15 (4:15 pm) and 19:15 (7:15 pm).

This photo of Gatwick Express is courtesy of TripAdvisor

Standard tickets (purchased in advance) are only slightly more expensive than the Southern (commuter trains).

And if you take advantage of the group save discount (3-9 people), then the Gatwick Express is both the cheaper and faster option.

During off-peak hours, the savings you will realize by taking the Southern commuter trains between Gatwick can really start to add up.

THE PROS AND CONS OF TAKING THE GATWICK EXPRESS

The Gatwick Express is one of several transportation options between Gatwick Airport and London available to you.

In addition to the Express, there are also two slightly slower suburban trains, two bus companies, as well as taxis and shared shuttles.

There are several reasons to choose the Gatwick Express train.

First, it’s likely to be the fastest and most frequent option available to you, departing every 15 min between roughly 05:00 and midnight.

It is a 30-minute direct trip from Gatwick Airport to London’s Victoria Station.

However, it is usually only 10-15 min faster than the Southern suburban trains and the Thameslink commuter trains might take you to your final destination faster.

Second, it’s the most comfortable option.

It’s a dedicated service that starts from Gatwick, so nobody is already on the train when you board at the airport, as is the case with the Southern and Thameslink trains.

The Gatwick Express also has dedicated luggage racks and more room in general to store your bags.

Their trains make carrying luggage on and off easy. Some of the commuter trains, in contrast, require climbing stairs.

Lastly, if your hotel or final destination is located near Victoria Station or points north and west, then Gatwick Express will be the quickest option.

However, Gatwick Express is the most expensive option, particularly during off-peak times, even with the group save discount.

At £8.50/adult (with an Oyster Card), the Southern commuter train is £3/adult cheaper than even the group save the price of Gatwick Express.

We detail the price differences in our ticket section below.

The Gatwick Express is only slightly faster than the Southern trains, which share the same tracks. You usually will just save no more than 10-15 minutes.

If your accommodation is south of the River Thames, then the Gatwick Express might take longer than other options.

These Southern trains are slower because they make stops before reaching Victoria Rail Station, including several areas south of the river, most notably Clapham Junction, which may mean a shorter overall trip for you.

Likewise, if your final destination is London Bridge Station or points north or east of here, then the Thameslink trains will likely be a faster (and cheaper) option for you.

It depends on the train frequency.

In the image above, the stops in central London with the red circles are stops made by Thameslink trains.

From Victoria Station, you would have to transfer to the London Underground.

This would add an additional 15-20 min to your travels and you will likely be traveling with luggage.

You can also pay when you board the train with both an Oyster Card or a Contactless Credit Card.

However, you will not get a 10% online discount with this payment method.

You could also pay for tickets through their app and get a discount.

There are several ticket types, but for most travelers, the Anytime Return Tickets are likely to be the best option, as they give you flexibility.

This photo of Gatwick Express is courtesy of TripAdvisor

These tickets allow you to travel on any train at any time they are in operation.

The website will ask you to pick a train time, which is confusing since you can use the tickets anytime you like.

If you buy the tickets online, they cost:

The return is an open-ended ticket that is valid for up to 30 calendar days.

If you are traveling with 3-9 adults, you will save 34% on all tickets and classes. All tickets must be booked together.

The Group Save ticket makes the Gatwick Express just £11.70 per adult (which is £3 cheaper than the Oyster Southern train).

TIP: In fact, the group save tickets for 3 adults is actually a tad cheaper than buying 2 adult tickets, which makes no sense, but whatever. If you are only 1 or 2 adults, you can just ask someone to join in on a group purchase.

There is also something called an Anytime Day Ticket.

This is similar to but cheaper than the above-mentioned ticket with the restriction that you must use the ticket at some point on the day you purchased it for (up to 04:29 the following morning).

However, this type of ticket is limited and may not be available for your trip.

There is also an off-peak round-trip ticket, which probably won’t work for most travelers, but might be enticing for business travelers and locals.

This option can save you 30% on purchasing anytime return tickets when you buy two at the same time.

It is most relevant for locals, as you can only get them originating from Victoria Station to Gatwick Airport and not the other way around.

As we mentioned above, all Gatwick Express trains travel directly between Gatwick Airport and Victoria Rail Station.

For some travelers, your hotel or accommodations will be within walking distance to the station, but for most, the station is a transfer point.

Most transfers involve the London Underground. At Victoria Rail Station, you can transfer to the Victoria, District, and Circle Underground Lines. 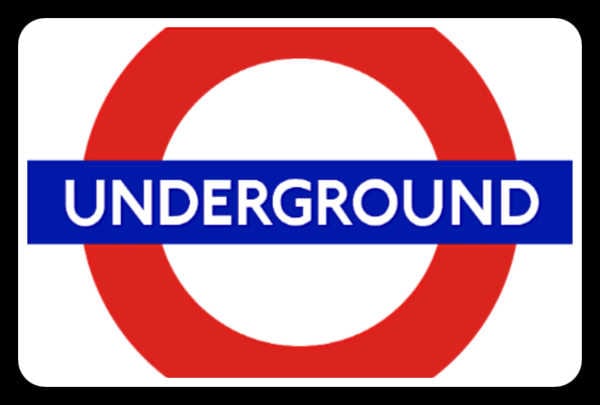 If you are unfamiliar with London’s “subway” system, then read our guide to navigating the London Underground as well as our breakdown of Oyster and Travelcards.

Aside from the Gatwick Express, there are several other suburban commuter and intercity rail lines the terminate at Victoria Station.

Victoria Station also has a local bus station as well as an intercity bus terminal all within a short walk from the train platforms.

If you are arriving earlier than your check-in, you might want to start off with some of your sightseeing.

There is a luggage storage center on-site at Victoria, but it’s a bit pricey. There are many places to store your luggage nearby starting at £6/bag for the day.

Nearby Tourist Sights Include: